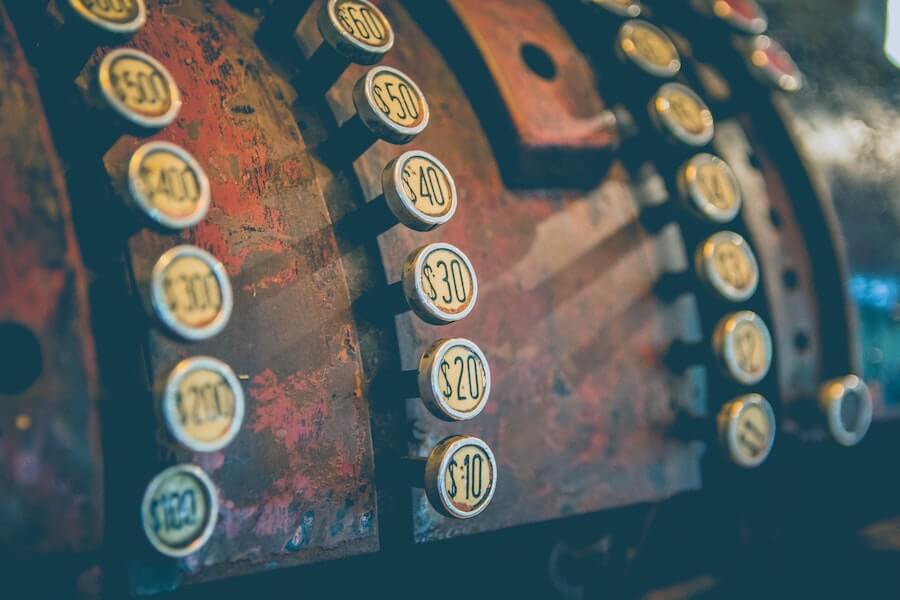 The Price of Admission: Why Playable Theatre Needs to Lead the Charge to Flexible Pricing

As designers, we’ve all felt the sting of capitalism: working tirelessly with little to no pay to bring our productions to life. Artists are not the only ones harmed by economics, however, and in order to bring our work into the public eye, and to take center stage, we must heed the call to action to do better than what was done before.

Why is this issue so important?

We are in the middle of an important cultural moment in America: one in which we are being asked to reflect on what is really important to us, and what values we hold. We have been taught that talent and effort lead to amazing results, wealth, fame, and power; but we have begun to see that the notion of the American Dream only applies to people who are already in the roles of power and privilege– those for whom the system was architected.

The Financial Health Network’s 2019 report on trends showed that 71% of American households are not considered “financially healthy”; 54% are “coping” and 17% are “vulnerable”. That’s 178 million people experiencing financial insecurity on a day-to-day basis, pre-Pandemic! The same report shows that women overwhelmingly bear the increase in financial vulnerability, and that Black and Latinx people are disproportionally impacted with a gap of over 10-points on a 100-point scale compared to white people.

Meanwhile, the 2020 Immersive Entertainment Industry report showed that the average ticket price for an immersive show or experience sat at around $50. Undoubtedly, these experiences provide great value for the ticket price, but for many people, $50 is the difference between having groceries for the week and not. We must accept the reality where both things are true: it is reasonable to ask for $50+ for a show, and it is also unfairly keeping out audience members due to their economic realities.

We must do better. And some makers are, already. I’d like to introduce you to a few different pricing systems that can help you to earn revenue for your artists, as well as become more accessible for audiences that might otherwise be turned away due to economic hardship.

“We have found that audiences consistently pay what they can, including a majority of audience choosing to purchase the set-price tickets over the PWYC tickets. Here’s the stats from our most recent show, Secret Admirer:

This proportion is in line with the trend we’ve seen over our 5 seasons of shows – when given the autonomy and trust to choose their own price, audiences reciprocate that respect by paying an amount in line both with their means, and with their perceived value of your experience!”

The Firefly Arts Collective also experimented with different models, and had some really useful tips to share:

#1: The wording is one of the most important aspects to it. It needs to be clear that “pay-what-you-can” does not mean “pay-what-you-want”. We worded things similar to this: “It costs $x per person to be able to put on the event, and if we don’t have high enough revenue we will have to cancel pay-what-you-can pricing and return to a fixed price. Any amount you can give above the average can help someone else be able to attend who otherwise could not afford it”

#2: We simply put a text box under the words, and we pre-filled it with a number we hoped to get, then we set up our payment processor to charge that amount to the person’s card. The average payment amount required for the event to function the first year we did it was $90 per person. It stated as such in the words, then the box was pre-filled with $95. You could change it to whatever you like, but more often than not, people would choose the default, assumedly thinking ‘oh sure, i can toss 5 bucks into the fund to help those who can’t afford it’. The average ticket price across the whole population was somewhere around $102, with a few paying $400 or above, and a few paying zero dollars. We did not share the amount each person paid beyond the two board members who were running the ticket system that year, and even then removed it from the default view, so we had to dig into the database if we wanted to look up what someone paid. Neither of us ever did, we just looked at the averages.

In prior years we had a reduced price ticket program, at some times asking people to simply state their need, at some times looking for a specific contribution of art.
Both programs were a lot of work to manage, and both we felt put an undue burden on the person asking for a lower price. They’re already in a bad place financially, why make them feel like they have to go telling people about it and possibly think they need to prove it? (We explicitly never asked for financial documents, but even so people felt shamed and pressured based on feedback/survey data)

Over at my other nonprofit, BostonFIG, we also recently experimented with PWYL pricing for our online Fest. There, we saw that about 25% of attendees paid for tickets, and those that did were generously overpaying by almost 40% of the suggested donation cost.

A lot of larps have started creating a benefactor-beneficiary program in order to give aid to players or attendees who find themselves unable to pay. The idea here is fairly simple: you create a “sponsorship” ticket that is higher-priced than your other tickets, and those additional funds go towards supporting others. Players experiencing economic hardship can then request support in order to be able to attend for a reduced or free ticket price.

John Cooke gave some advice for how his team approached this for their events:

When Threshold was running, we maintained a hardship fund that PCs could request from, we elicited donations to it from our community, and its use was anonymous. Only a couple of staffers involved in the book-keeping knew who used it and when. We also did not do any sort of questioning or means testing. We trusted that if a request was made, it was needed. The community donations funded all the usage without any problem.

The popular blockbuster larp New World Magischola also ended up instituting a version of this model, but making the modification of removing the administrative aspect of having players make requests from the funding pool:

We tried at least five different models and all had their pros and cons… Ultimately we landed on a subsidized ticket cost of X, a full-price ticket cost of Y and a benefactor ticket cost of Y plus a specific amount or more and that worked best without adding admin layers, having people prove hardship or need. Essentially people self selected to pay more if they could/wanted and enough did to offset those who self-selected subsidy tickets. People were basically honest and generous. We also offered opportunities to participate as work/play at even lower price than subsidy ticket but you must be open that a work/play ticket is a different experience while a subsidized/regular/benefactor is the same experience.

We tried but did not like and are philosophically opposed to paying for a better/more powerful experience such as paying for points or authority to use in game. Many larps do that and it’s a cash cow but re-enacts out of game socioeconomic privilege in game.

Though I couldn’t find much in the way of data in the playable theatre community for this type of pricing model, the digital games industry is rife with examples of how mere cosmetic changes to a game experience can be financially compelling for those who can afford it, without harming the experience for those who cannot. One need look no further than Fortnite‘s $9 billion in revenue for a prime example of how lucrative cosmetics can be.

In playable theatre, where costume changes are not as easy as bits and bytes, there are other affordances that we can make.

Examples for things we have used at Incantrix Productions include “add-on” packs that include custom notebooks, pens, buttons/pins, stickers, keychains, and other “swag” items that, when purchased in bulk, are low-cost for us to provide, but provide a fun physical element that helps to deepen player immersion in our world while not taking away from any other player’s experience.

At Club Drosselmeyer 1942, VIP-ticket buyers were treated to freshly baked cookies. This additional element brought in a wonderful element of holiday cheer, perfectly in-theme with the show, and did not detract from the experience of the non-VIP players.

Hopefully you’re thinking creatively about new ways to price your experiences so you can make your shows more inclusive and accessible! If you have other experiences with pricing models, tools and tech for implementation, or anything else, we’d love to hear about it!