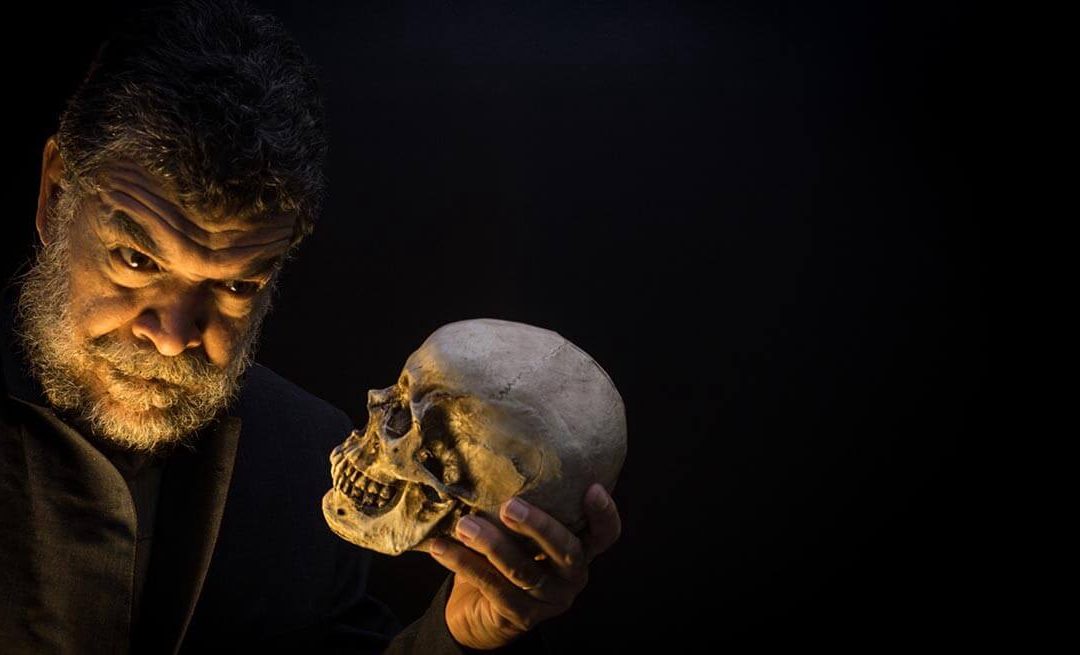 I wrote “Forsooth” in 2011 with my longtime collaborator Kevin Spak as a submission to the Game Chef competition. In Game Chef, RPG makers are given a few weeks to write a fully playable tabletop roleplaying game (TTRPG) around a theme. That year, the theme was William Shakespeare, a topic Spak and I were both well positioned to design around. We were both game designers with literature and theater degrees from Emerson College, and we’d previously designed other games based on the works of Shakespeare. After the competition ended, we continued developing “Forsooth” into a published product.

For us, the key to making a great Shakespeare game was not just to borrow themes from his plays, but to proceduralize a method to, through play, to tell stories that felt at least a little like authentic works.

Most Shakespeare plays have medium-sized casts made up of major and minor characters. This contrasts with a typical TTRPG where each player only plays one character, with the exception of a Game Master (GM) who controls a variety of “non-player characters” or NPCs. The first decision we made to make the game feel like Shakespeare was to have no GM, and instead have each player control a small cast of characters (1–3 depending on the number of players). In “Forsooth,” a player can have one of their characters enter or exit play at any time, but can only have one character on stage at once. This allows a large, diverse cast without action getting out of hand.

Shakespeare drew from commedia dell’ arte in his work, a form of theatre that originated in enlightenment period Italy and relied heavily on archetypical characters. You can see these archetypes appear in his plays again and again.

To help players rapidly generate a cast of characters, we built a list of archetypes to choose from. This is accomplished through a list of words that players can put together in an adjective/noun pair that flavor their character, referred to as their Nature. For instance, a character’s Nature could be a Tyrannical Fool, a Crusading Lover, or a Rakish Schemer. These can also be reversed, ex. Scheming Rake. These exist as a roleplaying cue that help players decide how their characters should behave, and in some instance affects the plot.

To make sure a character has a reason to exist in the play, each one is also assigned a motivation and an oath. A motivation is something they are trying to accomplish during the course of the play. An Oath is a way of behaving that they are bound to follow. The two of these together round out a character and helps the players understand what they will do in any given scene. As long as they are trying to further their Motivation and hold to their Oath they should act consistently and further their own character arc at a minimum.

A game will only feel like a Shakespeare play if it has the shape of a Shakespeare play. We observed these rules, drawn from Elizabethan theatre conventions, to make sure every game of “Forsooth” would properly conform.

These are the rules that structure “Forsooth” and keep it flowing like a work of Shakespeare. Note that the fifth rule is not just a structural rule but also a matter of the plot.

The most challenging part of an improv game is determining what will actually happen. We wanted to make sure every game of “Forsooth” has a plot that feels suitably Shakespearean. The plot of the game is set in motion during cast creation. Each character has a motivation. Those motivations are often at odds with the motivations of other characters, and often with the character’s own oaths. This makes interesting and complex scenes and gives a shape to the story. If Romeo and Juliet’s motivations are to marry one another and Tybalt’s motivation is to defend his family’s honor, you already start to see the direction the plot is moving.

Match this with the fifth structural rule (The play ends when the Protagonists are all married or dead) and the players have some pretty clear cues of what they should be doing.

Additionally, each play is given a Theme at the beginning which can be rolled randomly or selected (such as Revenge or Duty). This also helps players make decisions about what kinds of things their characters might do.

So what we have at this point is a set of juicy characters with cross motivations and an overall end point, but that by itself does not necessarily equal an interesting story or an interesting game. To insure that, we need a system of rewards and incentives (i.e. game mechanics) to nudge payers in the right direction. To do this, we called upon a set of common literary devices employed in Shakespeare’s plays, and tied each one into an incentive structure.

Everyone knows that actors crave applause. Puck’s famous final soliloquy in “A Midsummer Night’s Dream” is a direct request for audience applause. We wanted to remind players that they are not only players in the strict sense, but also one another’s audience. RPGs work best when the players support each other and are asked to act as one another’s fans. We accomplish this with an applause system.

In short, each player gets to applaud another player’s character at the end of each scene and at the end of the play, and are given a pot of impromptu applause they must spend by the end of the game. This encourages great performances and improvisation. It also serves as instant feedback to let players know what their “audience” enjoys so they can change their style to make the play more enjoyable to everyone at the table. This tends to encourage the following:

Though this changes for each table’s tastes, these are player behaviors we wish to encourage because they are Shakespearean, they make more interesting stories, and they make the game fun and engaging.

For those not steeped in Shakespeare, a Soliloquy is a speech given by a character that explains what they are thinking about, sort of like a monologue. Hamlet’s “To Be Or Not To Be” speech is probably the most famous of these. An Aside is an out-loud utterance by a character that the audience is aware of but other characters on stage are not. We could just explain the devices and tell players they should use them to make the game feel like Shakespeare, but we wanted to ensure that each play would include at least a few of each. So, we created a set of mechanics with an enticing reward structure built in. We turned soliloquies and asides into character resources (each character gets one of each) so players would remember to use them and feel a responsibility to do so strategically. And then we tied mechanical effects to each one. By using the devices, players were able to earn extra applause, steer the plot of the play to help achieve motivations, change which character is their protagonist, or even foreshadow the death of a character to make it easier to kill them off (and end the play).

I really enjoy finding game design problems and solving them in thematic ways. In “Forsooth,” the biggest problem we had was that players would sometimes flounder “on stage,” especially those without much experience improvising. Admittedly, Forsooth asks quite a lot of its players (improvising an entire Shakespeare play in real time), and we felt it incumbent upon us to give players the tools they needed to do this.

Two such tools we devised were messages and stage direction. Both are also powerful playwright tools that were common in Shakespeare’s time.

Sometimes in Shakespeare, major plot actions happen off stage and are then reported to the characters via a messenger. This is a tradition dating back to Greek Tragedy, and one Shakespeare used often. We developed a list of random messages that players could draw from at any time if the plot started to grow stale.

In addition, we gave players the power to issue stage directions at any time (ex. The sound of hoofbeats approach, or a clock chimes), something Shakespeare used to signal major shifts in action. This gives players an elegant way of ending scenes that feel like they’re going on too long.

“Forsooth” uses literary analysis, game incentives, and structuring rules to simulate Shakespeare. However, the techniques described here can be applied to other literary forms as well, and there are many great RPG writers out there analyzing media and designing and writing games that let players bring a variety of genres and forms to life at the table. I’ve included a short list of some of my favorites below. I would encourage you to buy them to support the artists, especially if you’re interested in proceduralized story telling. And please try it yourself! It’s easy to get started. Immerse yourself in a genre and analyze its structure and tropes, then start thinking of how to reward players for following the conventions of the genre. If you have other favorite games that do this, or if you’re working on one, feel free to share them in the comments.

Check out these games: