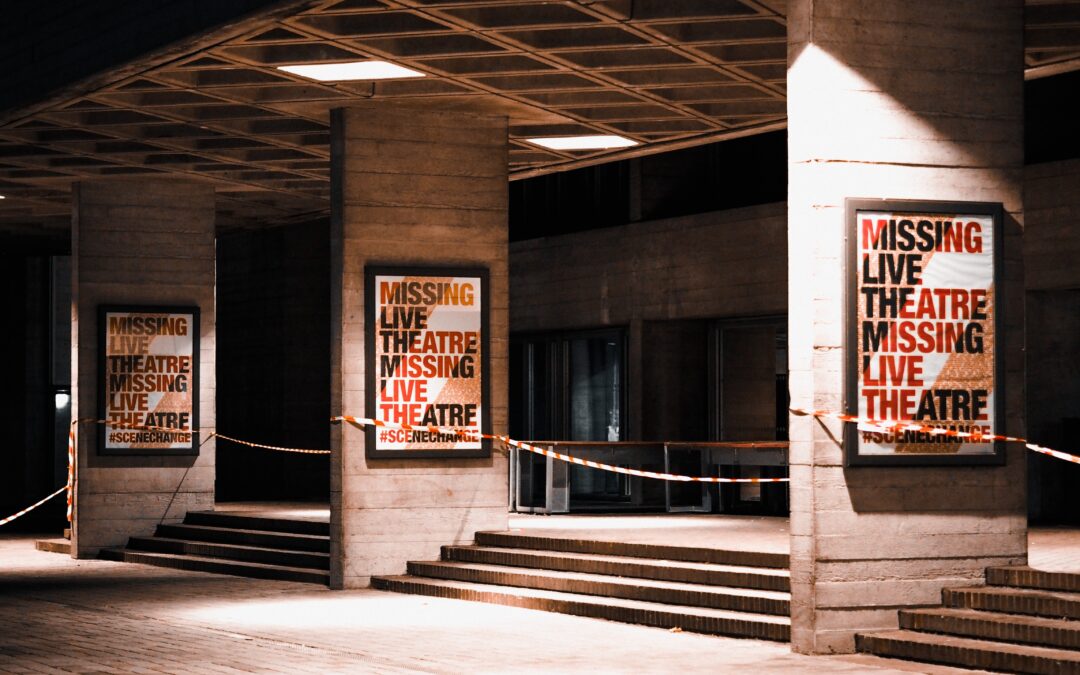 Playable Theatre is About to Have a Moment

When the pandemic hit, it was a genuine apocalypse for people building live, in-person experiences. By definition, creators of theatre, music, festivals, escape rooms and other types of destination-based experiences were beyond devastated. Here in Boston, even well-established and successful shows like Blue Man were forced to permanently shutter, while newer venues trying to innovate in the playable theatre space, like Arlington’s Adventure Pub, met an untimely and undeserved demise. On the game side, IndieCade, BostonFIG, AMAZE, Games for Change, Knutepunkt (the larp festival), Come Out and Play, Freeplay and numerous other regional and international game festivals were forced to suspend or reinvent themselves as online events. Virtually all theater funding apparati were suspended and traditional festival sponsors froze funds, even while the game industry was raking in record profits. Some shows that were already underway pivoted, while others had to be abandoned. Across the board, itinerant culture workers whose livelihood depended on venue traffic — often underpaid contractors ineligible for unemployment — were left economically at-sea. But, as the old adage goes, “the show must go on!” Theatre companies hijacked online platforms originally intended for business and games in an attempt to keep their disciplines vibrant. They rose to the occasion, evolving at a time that seemed incredibly dark for a community of practice that is already obscenely under-resourced. In my ongoing adventures into this realm, I continue to be awed by the scrappy resourcefulness, determination and moxie of theatremakers.

The past fifteen months have been a time of stress, uncertainty, and unease for many of us. We were unable to make any substantive plans, were forced to continually recalibrate, and in many cases, to constantly innovate. For better or worse, Zoom became the new proscenium, and online theatre, once something of a novelty, became the norm. Small, underfunded companies bootstrapping mobile, social media, streaming and video conferencing platforms — often with the aid of gamemakers — were soon joined by more traditional theatre companies. Much of this work comprised little more than “Zoom plays,” turning the screen into a literal “fourth wall.” I still find it remarkable that Zoom, a video conferencing “tool” with a notable lack of aesthetic design, became the de facto space in which most people worked. OBS 1, an acronym used almost exclusively by game streamers, has now become a “tool of the trade” for theatremakers. Varying attempts were made at interactivity with varying degrees of success. Most often, companies that had already been working with interactivity in their live work were able to leverage the affordances to transform “tools” originally intended for business or gaming into art mediums. Those who took up the online mantle have cited some benefits: Online theatre broadended theatre attendance, allowing what is historically a very regional business to become global; online spaces, especially those typically associated with games, brought a broader demographic, particularly younger people, into the fray; mediamaking became a vital part of the theatre toolkit 2; remote collaboration allowed for broader, more diverse teams, and eliminated travel costs associated with physically bringing creative teams together.

We made the most of a dark time, and now it’s as if the sun is coming out (very timely during the month with the longest days). Things are not only getting back to normal, but, from where I sit, they look like they’re going to go way beyond normal. And it’s going to happen very fast. Before you know it, we are going to be in a new era where playable theatre is not just a novelty, but an integral part of the arts and culture fabric. Live, in-person, interactive entertainment is about to explode in a big way. And for every venue that had to shut down, three new ones are going to pop up. For every show that got suspended, three more are going to emerge. In short order, the playable theatre space will undergo a transformation from a frozen tundra with a few buds struggling to push through the frost to a giant field of blooming wildflowers.

Here are a few indicators that portend well for the imminent “playable theatre moment”:

“The New Roaring Twenties,” Many historians and pundits are predicting a new “roaring twenties,” similar to that which followed the Spanish flu of 1918. People have been pent up inside for over a year, and are more energized than ever (for better or worse) to get out of the house and have in-person social experiences 3. Which leads to my next point.

Escape Rooms. As anyone who follows Room Escape Artist knows (and, if you don’t, you should!), pre-pandemic, escape rooms have been the fastest-growing sector in both games and the location-based entertainment over the past half-decade 4. Although their exponential growth was leveling off even prior to the pandemic, escape rooms are already starting to gear up and are likely to begin another growth spurt. Live performance was already coming into play in the escape room space, and we’ll be seeing more of it as this genre evolves.

The Rise of Immersive Entertainment. Prior to the pandemic, immersive entertainment was already on the rise 5. The No Proscenium podcast and its HERE (formerly Immersive Design) Summit doubled in size from its inaugural event in 2018 to 2019 6 (where I gave my first public talk on this project 7).

The Experience Economy and the Science of Happiness. In recent years there’s been a resurgence of the notion of the “Experience Economy,” a term dating back to the 1990s, when it was first introduced by Pine and Gilmore to the theme park, attractions and retail entertainment industry 8. I attribute the renewed focus on this concept to insights coming out of “the science of happiness,” which included the discovery that people who spend money on experiences are more happy than those who spend it on things 9.

China. People are not paying enough attention to China. I have been saying this for years about indie games, and now I’m saying it about immersive and out-of-home entertainment. Just as the Nordic countries made larping into an art artform 10,11, China is taking larping into the mainstream: Luxury larps are the new hot thing there 12,13, and this doesn’t even factor in the Escape Room scene 14.

Disney. Earlier this month they announced a planned 2022 opening for the Galactic Stacruiser Immersive Hotel, a Star Wars themed experience that is like Star Wars: Galaxy’s Edge, which opened in 2019, on steroids. This experiential hotel puts guests aboard an intergalactic space cruiser, with each room being designed to look like a spaceship cabin, and a variety of interactive and immersive experiences, including simulating flying the ship. From the images being distributed, it appears it will be one of the first Disney experiences that will allow guests to wear costumes. It’s slated to open in 2022. The fact that Disney is betting on a “blockbuster luxury larp” style experience is telling. It means this is not only an emerging art form, but also a massive business opportunity.

Ground Truth. Ground truth is a term I learned from working with military contractors (don’t ask!), to refer to what’s actually happening on the ground. This is for me the most interesting factor. Everyone I know in the playable theatre space is suddenly very busy. Live shows and events are being planned and announced. Tickets are being sold. One of my theatre collaborators has a packed summer flying around the country to work on a variety of live shows, including interactive ones. Another is talking about standing up a past show as a “blockbuster larp.” And of course in a few months we’ll be coming up on the “haunts” season, which is when all the immersive Halloween horror attractions typically go up. In recent weeks I’ve discovered that multiple companies in the UK, including Upstart Theatre and Fast Forward, have independently been “playable theatre” to describe their work. And the Playable Theatre project has exploded: Our discord is abuzz, our onlines salons have been incredibly popular, and our Twitch show, Beyond Screens, produced in collaboration with IndieCade, is seeing a precipitous rise in viewership.

Admittedly, I am entirely complicit in the prediction I’m making here. I’m clearly doing everything in my power, as part of an ever-growing community of creators and innovators, to bring the “playable theatre moment” to fruition. The word community is key here. I think for the most part up until now, playable theatre creators have been operating mostly autonomously, sometimes as part of small regional coteries, each “building the plane while it’s in the air” (which happens to be the title of my intro to the upcoming Playable Theatre special issue of Well Played). As the community of playable theatremakers begins to aggregate on a bigger scale, this enables us to begin sharing what we’re doing, develop a collective language, learn from each other to strengthen this emerging genre as an influential form of both entertainment and art.

2. Cox, G. ‘All Arts Organizations Are Media Companies Now’: How the Pandemic Is Transforming Theater. Variety (2020).

9. Pozin, I. The Secret to Happiness? Spend Money on Experiences, Not Things. Forbes Magazine (2016).