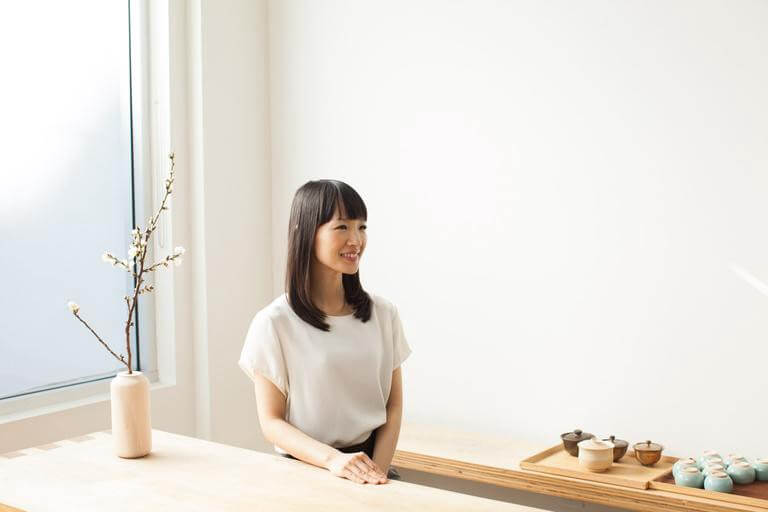 How Marie Kondo Designs for Participation

If you’re anything like me, you lost a week of January to Tidying Up with Marie Kondo, Netflix’s reality show featuring the titular tidying guru who transforms messy houses and the humans who dwell in them using her KonMari process. That process, incidentally, is some A+ participation design. It also happens to map directly onto existing theories of participation design presently coming out of various larp scenes.

If you’ve ever wondered whether experience design has value, Marie Kondo probably has a swimming pool full of hundreds making the persuasive point that yes, participation design is highly valuable when leveraged the right way.

So let’s delve in and explore why her process works and how it maps on to existing theories of participation design.

Introducing Herself (AKA “The Workshop”)

In the first scenes of the episodes, Marie meets this week’s clients and takes a gander at their house. Then she talks to them about their visions for their future selves — their hopes and dreams for their future selves in their future space. Then she asks her participants…er…I meant “clients” to close their eyes and meditate with her. She does this to introduce herself to the house. Meanwhile, her clients are supposed to thank their home for its good work so far, and ask it to prepare itself for the tidying process.

This is the equivalent of an onboarding process, or even a larp workshop. During the house tour, the participants get to know their facilitator, Marie. Marie often clowns around — for example, jumping to reach clothing on tall shelves — which makes her seem loveable and friendly to her clients. She explains a bit about her process, and makes thoughtful observations about her clients’ home to further build rapport with them.

She also gets buy-in from participants before initiating the process. She asks them to think about how they want their future home to look and function, a process of creation they will share together and that gets every inhabitant invested in the outcome of this collaborative process. Since “tidying up” is traditionally considered women’s work, including everyone in the house in this process of co-creation (a prelude to the later shared process of tidying) increases participation among reluctant co-inhabitants.

In keeping with magic circle theory, Kondo also draws a starting boundary between the regular old world and the new experience of tidying. In this case, clients enter the world of tidying through the ritual gates of meditation, which officially begins the process.

The Plan of Attack

Like all good participation designers, Kondo has thought through her method, which she clearly communicates to participants. She sensibly divides possessions into categories that participants tidy in a specific order. First clothing, then books, followed by papers, miscellaneous stuff (komono), and finally, sentimental items.

Her order of operations is smart — the first two categories include objects that require a lot of space, but culling them doesn’t take too much time. That’s a big boost early-on in the process, that sustains folks through the more tedious categories of Papers and Komono. Placing sentimental items last means that participants will likely be ready to be done with this f**king tidying process already, counteracting a natural, but sometimes irrational attachment to those items. (Or, as Kondo might put it, by the end of the process you’re more attuned to what truly sparks joy for you).

Moving through every category uses the same set of steps. The first step is to make a pile of every item from that category. That’s smart design for a couple reasons. One is visual — participants have to confront the reality of how many clothes or books they have. Usually the piles are big. The weight of the visual increases the desire to get rid of some stuff. It’s also very practical. When I tried KonMari-ing my clothing, my natural tendency was to forget a few things in the bottom of a drawer — the stuff I never ever wear but don’t want to deal with. Making a single pile of everything forced me to confront the slightly small and ripped silk long-underwear I’d kept at the back of my drawer for like three moves.

The second step is to hold items in your hands and see if they “spark joy.” The method doesn’t ask you whether an item is useful, but rather whether it makes you happy. That’s an interesting metric, because it’s qualitative. I think it helps participants release items of partial utility, for example, the silk long underwear I’ve worn once in the last five years, that I’ve been keeping “in case I need it later.”

That qualitative metric is also feminist in the way it distributes labor. I cannot know whether these torn underpants give you joy — only you, as the owner of said underpants can determine that. This means that you have to take care of your own stuff. The values of personal responsibility embedded in the “spark joy” dictum distribute the labor of tidying across the household, lightning the load on traditional caregivers.

Finally, the “sparking joy” method avoids a central conflict of tidying — feeling forced to give up stuff you want to keep for irrational reasons. It makes no value judgement about how much you (or your spouse) choose to keep. It helps keep Kondo’s relationship with her clients — and their relationships with one another — away from conflict. No one is here to spank you for keeping 50 broken tupperware containers, as long as they make you happy.

If an item doesn’t spark joy, Kondo says you should thank it for its service, and gently place it in the give-away pile. Kondo’s tendency to personify objects, whether that means thanking them or introducing herself to a house, is rooted in Shinto. But whether or not you follow that religion, treating an object as if it has a soul and thanking it simply good experience design.

Consider the first episode, where a put-upon adjunct professor and mom-to-toddlers begins culling her clothing. She holds something in her hands, decides it doesn’t spark joy, and hurls it onto the ground. The motion looks angry and adversarial. No, not like that, Marie tells her. Thank it, fold it, and place it gently in a pile. The woman does so, and her attitude toward tidying is instantly transformed.

Whether the client believes objects have souls is irrelevant — but treating objects as if they do transforms her body language and attitude toward a task most people consider tedious. Thanking the object, both confirms its “as if” status, and taps into some of the larger psychological benefits of showing gratitude.

Plenty of larps and street games use this tactic — of having participants assume a particular posture to change or sometimes reinforce their emotional states.

Marie also offers lots of specific tips on how to fold and store stuff. They tend to focus on making things into modular blocks and storing stuff so you can see everything contained. This has obvious practical applications, and I won’t describe them more except to present myself as an edge case for her folding methods. Yes, I KonMari’ed my drawers, folding all of my clothing into small squares. Of course, all my clothing is black, and when folded into small squares, every item — from underwear to shirts to leggings — looks identical, and it’s impossible to find anything particular! Sorry Marie Kondo, your method introduces complexity for goths!