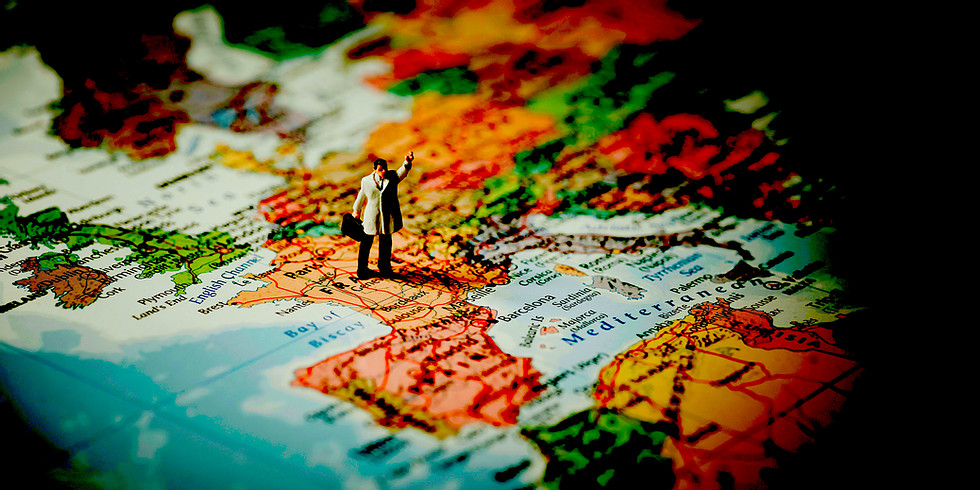 Three wannabe time heroes travel to the past to stop WWII…or try to. But can a neurotic would-be politician, an A-bomb obsessed historian and a con artist in paradise work together to stop Adolf Hitler?

Hero Time! is a two-hour larp of heroic, hyperactive historical research written specifically to be played via voice and text chat on Discord. Players must choose which character to play when buying tickets. Upon choosing, players will be sent documents describing the player characters in greater detail.

But before you sign up to play, here’s what you should know about the world of Hero Time —

You live in utopia (well, they call it Earth-Twelve), managed by the Machine Gods. No one dies, because everyone is uploaded. No one starves — or even experiences a drought of luxuries — because there’s always enough for all.

Some people are ill-suited for that.

Maybe you’re Parsley, a performance artist/con artist who insists that a well-made well-done scam is the epitome of beauty. Xe’s made plenty of enemies, making fools of xyr friends — the Machine Gods won’t help you if you’re shunned — but becoming a Hero of Time would show them all.

Or maybe you’re Sage, one of those ill-made humans, haunted by history, by the questions utopia can never answer: if we had to choose between this life and that one, what would we do? What would we be like, if our decisions actually mattered?​

Or maybe you’re Rosemary, who should have been a politician the way xe makes stirring speeches, with xyr ideas of justice and xyr hyperactive desire to befriend everyone. Who seems too high-strung for a world where everyone really can just chill.

Their story barely takes a suite of sentences to tell. Parsley, the performance artist, started scamming. Sage, the eternal academic, began following xem around, desperate to see how people reacted when there actually seemed to be stakes. Parsley’s performances made enemies, people began talking about how xe was doing the kind of scams that used to impoverish people and Rosemary stepped out of the woodwork to defend her — Rosemary, with xyr odd ideas of justice, with xyr morality that wasn’t just everybody-says. And then the three of them were pariahs, until Mrs. Mulverhill picked them up.

Mrs. Mulverhill may be the most mysterious figure on Earth-12 because she and she alone controls the Time Machines. Want to join her super-secret organization, the Heroes Of Time? Well, you’ll need to impress her.

This is your audition.

Mrs. Mulverhill is sending you back to the early days of Earth-Prime’s second World War. You probably won’t be able to halt the war in its tracks, xe says; but your job is to do damage control on it. Save as many lives as you possibly can. Make it the lamest, most anticlimactic war possible.

Your Time Capsules are speeding towards Earth-Prime now. In a moment you’ll be able to start picking up radio broadcasts.​

(Since you’re speeding backwards through time, the radio broadcasts will, of course, come to you in reverse order. The first one you’ll be able to pick up, Mrs. Mulverhill says, could be anywhere between a month to a year before your landing date. As the broadcasts continue, they will get closer and closer to your when, until the last broadcast will be on your landing date. Of course there’s no guarantee the broadcasts will tell you what date they’re on, so you’ll have to pick up what you can from historical cues…luckily they’ll mostly be news broadcasts so that should be easy…right?)

You’ll be landing on earth in 125 minutes. Before then, you’ll need to decide where on earth you want your Time Capsules to land. There’s three of you. The three of you can land on three different places on earth — or all in the same spot. You’ll also have to decide who you’re disguising yourself as — a military officer? A politician? A civilian who’s secretly a resistance member or a spy? And you’ll each have to pick three historical figures to have the ear of and three historical figures to have power over. It’s quite a lot to do in 125 minutes, especially when you also need to come up with a plan…

But there’s a catch.​

See, killing people when you go back in time is a big no-no. And so many wannabe Time Heroes, especially when they look at the Second World War, just wanna throw up their hands and assassinate the bad guys.

So. No assassination. That’s Mrs. Mulverhill’s one ironclad law. No gunning down anybody, and no getting patsies to gun down anybody either. Redirecting armies — that’s okay. Barely. Maybe. Well, Mrs. Mulverhill says it’s okay, but you get the feeling ve’s going to frown on it.

No, you need to make this war the most anticlimactic thing ever and you need to do it using your wiles. Spies, saboteurs, foragers and freaks — those are the tools of your trade. You have five years starting from whenever you land…whenever that is.

PLEASE NOTE: This game is a game of of Heroic Historical Research: players may be expected to read up to ten pages of text before game, and pregaming plans for stopping WWII is not only allowed but encouraged. If your idea of fun is not paging through a Wikipedia page at lightspeed and going “Aha! The Anschluss started on 12 March but Hitler only arrived in Vienna on 15 March!” then this may not be the game for you.